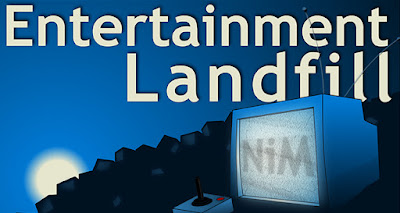 I just realized that people probably don't understand what these so-called 'Remastered' podcast episodes really are, they might think "I've already listened to these episodes long ago." and that would be wrong. THESE ARE NEW EPISODES -- the conversations we recorded long ago for the NiM Holiday Packs (The NiM Movie Mini's were originally available to Listeners who donated to the show and they would receive an email response with a link to the downloads) for 2011 and 2012 and they were rushed, hurried, whatever you want to call it to meet a deadline that landed before Christmas. The recordings didn't sound great, Mics were too hot or too low and that always bothered me. 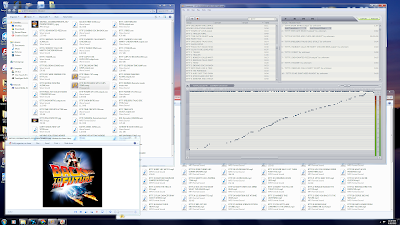 I was proud of our conversations about these films but the final product while a lot of work in a short amount of time were disappointing to me at the time but I had to go with it. NOW all of these years later when I've been podcasting less and less, thinking back on what was it about podcasting that I found rewarding, what brought me joy? It wasn't just the conversations, the banter, it was the working on these projects, putting ideas and being creative with clips and music and piecing together something that brought a smile to my face and hopefully someone else's. Things I've never enjoyed about podcasting has been the loneliness after an episode has been completed and released, that lack of conversation, that lack of knowledge if someone truly enjoyed it. We live in an age of social media and instant gratification and maybe someone did listen to something I made but they've listened and moved on, they don't realize I wanted something from them. I wanted a connection, sure a 'like' is nice but it also hurts when there's one or none on an episode you've worked weeks on. I want to know that you enjoyed the episode, did you laugh, did that clip make you smile? When I went back and listened to these old NiM Movie minis I couldn't get over the fact that they sounded terrible, there was noise under the recording that I tried to hide by putting constant music in the background. I found it un-listenable but I did enjoy the conversation. 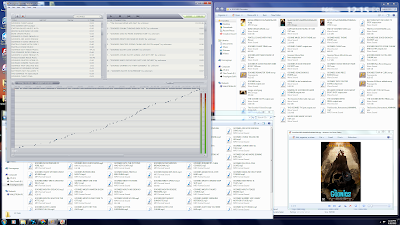 Then I thought, 'Hey, I'm not working on anything right now, why don't I go back, remove the noise and redo those episodes just like I would now, like I did with that Ghostbusters 2 Movie Mini? (the episode that broke me by the way, zero response -- it hurts, people.) and I learned a lot making that episode (why not throw in old interview clips of people talking about making the movie, throw in references that Will and I made to other films and products in said films?). SO I went back and tried to fix the Back to the Future episode, my mic was way too hot but I got rid of the noise, I edited it again, took my time and I'm pretty happy with the episode and damn proud of that intro. From Goonies to Gremlins and Robocop and Lethal Weapon and finally Die Hard I feel like I've learned so much more than I knew back in 2011. I wish I could go back and do BTTF again with the knowledge and Ideas I've gained in just four weeks lol but I won't. It's done, I'm not freaking George Lucas. 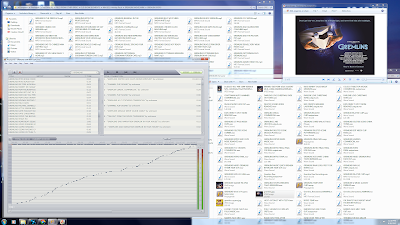 So anyway, I've included screenshots of the work that went into these episodes, the clips, the music and the editing software I use. I also use Audacity for a lot of stuff like fade-ins and fade-outs on music and clips and removing noise -- it's very handy. I would like to thank William Laughner My Bud and Co-host for buying the podcast editing software called 'Propaganda' in the year 2005 it's what I've used to make every single podcast and I don't think I could have done the things I've done on audacity alone. Thank you, sir for all of the fantastic conversations. Going back to these episodes has truly been like traveling in a time machine and whenever I miss my friend I can go back and listen to these episodes and laugh with those two guys from the past and I hope you laughed too. My work is not done, I've got a few more episodes to do and when they're done maybe then my work will be done. I don't know... Maybe there are more films to talk about. 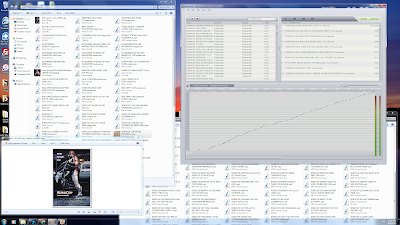 So when you look at those screenshots I want you to notice all of those little black dots in the software, those are clips added -- so many. I get a kick out of it when it's all done. A lot of love and nostalgia and joy went into these remasters and I hope that you enjoy them and just remember They are Brand New! You've never heard them before and maybe you will hear something you never heard in those old original episodes like competence in editing LOL. Also, I'll be here to talk about any and all of the episodes if you want. One more thing, when you work on one of these episodes you find that you have the film and music from the film, the dialogue stuck in your head for weeks and the only way to get them out is to start work on an entire new episode. To go from Marty's voice to Chunk's voice to laughing Gremlins and then Clarence Boddicker -- I think I'm going a little insane lol. Okay, that's it for now, enjoy! 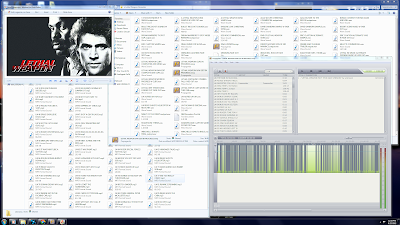 Finally here's my screenshot of all of the work that went into the Die Hard episode, so many clips, so much editing. 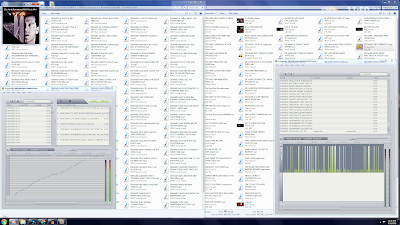 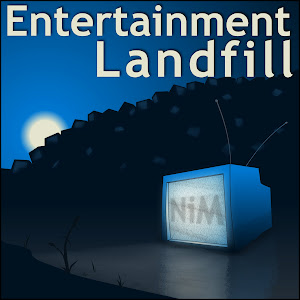 The Jastrom
I am The Jastrom, Host of Entertainment Landfill Film/Tv Podcast/Live internet radio show.